Welcome to the Madison Alumni Foundation

Upon the suggestion of our stakeholders, an alumni association and foundation has been established.  We are fortunate to have former District Superintendent, Jim Hartley, and Madison’s first valedictorian, Dave Siler (’59) leading this initiative.

We are in the planning stages, and will be sending newsletters and information as it becomes available.  In the meantime, we are searching for Madison graduates.  If you are an alumni of Madison High School, please send your name (maiden), graduation year, mailing address, phone number, and email address to:  alumni@madisonk12.us.

You will receive periodic emails with special offers, upcoming events, and information about how you can support Madison Schools.

We recognize Irma Cabrera and Robert Burciaga as the featured alumni for April. These individuals were selected based upon their commitment to giving back to Madison School District in recognition of National Volunteer Month. Irma Cabrera may have graduated from MHS in 2003, but Madison has never been far from her heart. Volunteering and giving back to our schools started in high school for Irma. She was involved in Interact Club, the Hispanic Leadership Group, and served in various organizations. She also assisted in the office during and after school hours.

She has continued to serve within our schools by volunteering with P.A.T.T. (current president), helping in the concessions stand during athletic activities, coaching MYAC basketball, and supporting the After-Prom Committee. She is also active with the Daily Bread of Lenawee. Irma says, “To know that I can contribute a small portion of my time to help or support a group or people in need brings me happiness. I like helping others. It’s rewarding to see people smile and I like to help people because it makes me happy.”

Irma currently works as an Independent Sales Representative for AVON which allows her the flexibility to be a stay-at-home mom and to pursue her volunteer interests. Previously, she trained with a local wrestling organization called Total Xtreme Wrestling Entertainment, becoming a local women’s champion. She continues to serve as a referee, and hopes to someday continue to pursue her dream of becoming a professional wrestler.

Her advice to students is, “If you want something, work for it and always remember where you came from. Be persistent and get as much education as you can. Always remember to stay humble, be honest, and thank the people who help you along the way.” Robert Burciaga is a 2002 graduate of Madison High School. He served as the president of the Madison Youth Athletic Council (MYAC) for two years and oversees the MYAC basketball program. He also volunteers his time as a youth football coach. Robert says he is passionate about spending quality time with his family and coaching his son Austin and he tries to volunteer for events at Madison as often as he can.

Known for always having a positive attitude and a smile on his face, Robert carries his desire to work hard into his position as a welder for Norfolk Southern Railroad. He says he likes to make work fun.

Robert’s words of advice for students is to take school seriously and try to stay focused on class work. As a former MHS Trojan basketball player he says, “If you are thinking of going out for a sport or getting involved in a club, just do it. After high school, most people will never get the chance to do those things again.”

Robert and Irma, thank you for your service to Madison Schools and choosing to remain an active member of the Madison Family! 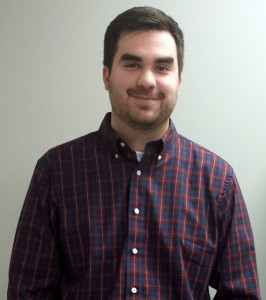 The featured alumnus for the month of March is Ruben Villegas, Jr. He attended Madison schools from kindergarten through high school, graduating in 2007. While a student, Ruben was involved in athletics, chess club, and band, where he was a part of the drum line. After graduation, he attended Adrian College where he earned a bachelor’s degree in Music.

Ruben currently lives outside Chicago, Illinois where he works as a Reimbursement Supervisor for OptionCare. Ruben says, “After college graduation I wanted to use my degree directly, but after much soul searching I realized that I would be able to use my people skills to find a full time job that I liked, while still using my degree as a hobby to work in the music industry as best as I could.” Using his music and performance background, Ruben recently produced and recorded a gaming podcast and streams games on Twitch.tv. He says it is something he enjoys doing and being able to balance full time work and a hobby is a blessing.

Whether it’s his work or his music, Ruben says he is successful because he is very passionate about being good at what he does. He says he has learned that having integrity and caring about the quality of his work can take him far.

Ruben’s advice to students is to make the most of your time at Madison. He says, “School is where you get a huge head start on friendships, hobbies, and life.” Ruben encourages the class of 2016 to apply for many scholarships.

He says they are not only a huge help for your first year of school, but they will set you up for success in the future when it comes to student loans. Living out of state, Ruben is not able to attend many Madison activities, but is proud to report that he has many family members who attend our schools. Ruben is the son of Jennifer Fox and Ruben Villegas, Madison School Board Trustee. 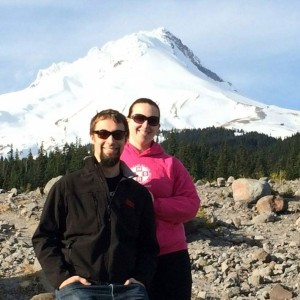 The featured alumnus for the month of February is Joseph Kaufman. He is a 2003 graduate of Madison High School and holds a Bachelor of Science degree in Materials Science Engineering from Michigan Technological University in Houghton, Michigan. While there, he turned his focus to Metallurgy. He is now the Senior Metallurgical Engineer for the Research and Development Lab at Blount International in Portland, Oregon.

If you are interested in learning more about what it is like to be a Metallurgical Engineer, follow the link below to hear Joseph talk about his work in an informational video about careers in Science, Technology, Engineering, and Math (STEM).

He and his wife, Jennie, enjoy spending their free time exploring the cities near them in the Pacific Northwest, playing in the mountains, and travelling.

Joseph is the son of Dennis and Early Elementary Principal, Linda Kaufman.

Madison graduate, Dane Thiesen has released a new mobile app designed to increase productivity by reducing the amount of time spent waiting for a meeting or other event to start. “R We Still on Time?” is available for both iOS and Android and helps groups of people confirm their est 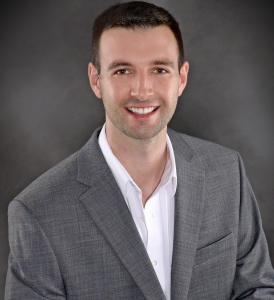 “First, you reassure other attendees that yes, you remember the place and time, and you will be there. Second it gives other attendees the opportunity to give you a heads up if they are going to be late, or can’t make it all – nixing any chance of leaving you in an unexpected, time-wasting situation,” says Theisen.

The app may be downloaded for free from the iOS and Android app stores or by visiting www.rwestillontime.com.

Theisen was also featured in The Daily Telegram on December 16. You may read the full article by clicking here. Theisen is a 2006 Madison High School graduate and a graduate of the University of Toledo. His background is in marketing and entrepreneurship.

Are you an alumnus with a success story to share? Email alumni@madisonk12.us so that we may recognize your accomplishments!